Book of the month: Suicide Survivor from London 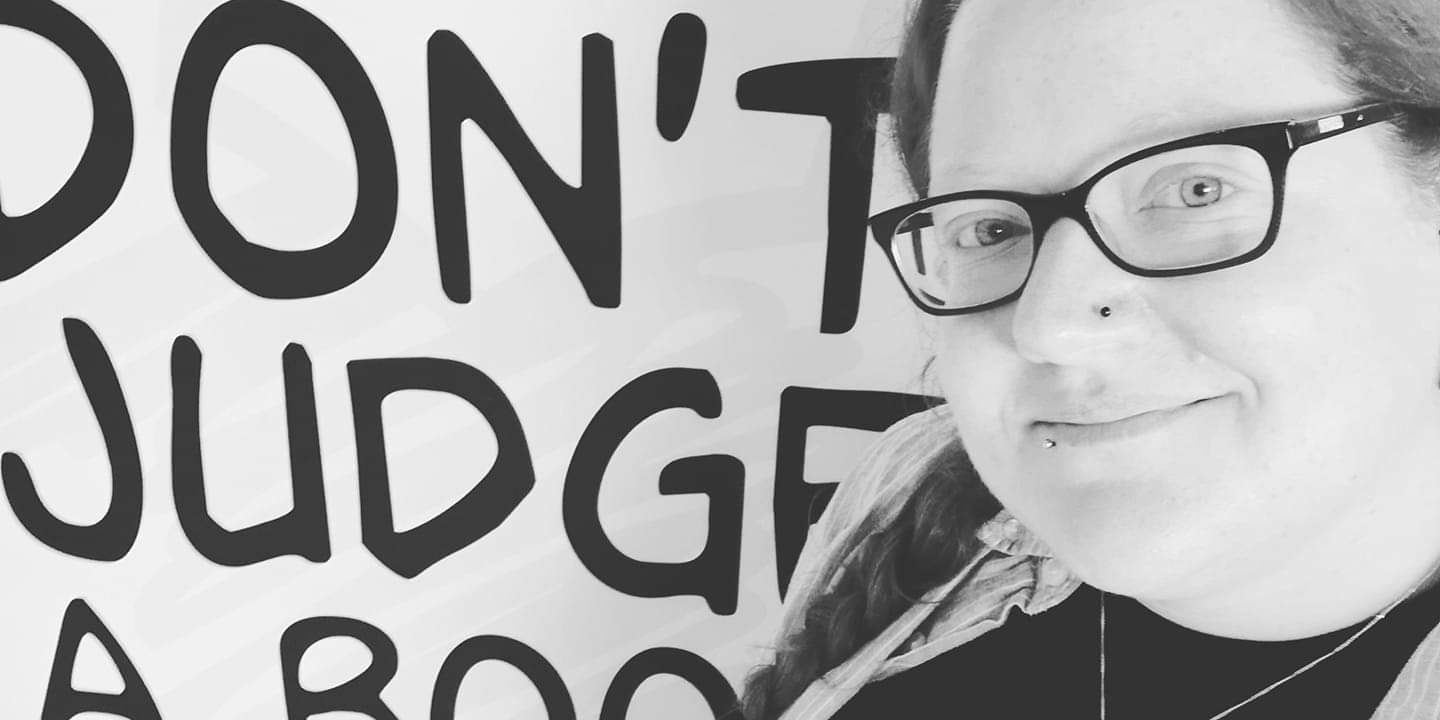 Book of the month: Suicide Survivor from London

Our Human Library Book of the Month is a series of portraits of our books created with the purpose of offering our readers a chance to understand the diversity and variety within our bookshelves around the world.  It also provides unique insights into the motivations and values of being a book and volunteering for our organization.

It is a selfish act to attempt suicide. That is one of the opinions, Tess Brooks has met as a book in The Human Library. Tess Brooks is 33 years old and is published with the titles “domestic abuse survivor” and “suicide survivor” in The Human Library in London and sometimes around the UK. The two titles are closely knitted, because the domestic abuse, she´s experienced, led to her suicide attempt. 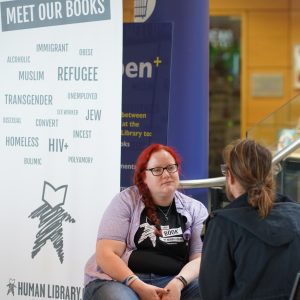 Tess during a reading at a Human Library event in the UK.

“Then I need to try to understand, why the reader says that. For example, if the reader’s brother attempted suicide, there can be a lot of anger. The reader can’t ask the brother, but it is possible to ask me.”

“When people say it is self-centred to attempt suicide, I explain how I felt at the time. I genuinely felt that the world would be better off without me, and that I was a burden to others. I just wanted the pain to stop, and I was convinced that I was the cause of the pain and could take the pain away by trying to take my own life.”

So she did not see it as a selfish act, but quite the opposite.

Personal growth from being an open book

Tess has been part of The Human Library for more than a year. She became a book, because she met another book from the book depot in London and was inspired by the opportunity to engage with her community the way the library offers.  Tess is generally very engaged in humans and life experiences, as she is also building a small private therapy practice in her professional life.

Tess enjoys being asked questions, even if some of them can be difficult to answer.

“It is such a humbling experience to help people heal, and when I listen to the reader’s stories, it has often led to some sort of personal growth.”

One of the experiences of personal growth, Tess has had is processing the stigma of having attempted a suicide. Tess thought she had worked through the suicide attempt, when she was published as a book for the first time.

“But I actually still hesitated a little bit and looked around to see who was listening, because I still had some internalized shame about the suicide attempt. Now I have no shame about it, and The Human Library-experience has helped lead to that.”

“People are really surprised that I’m talking so openly about my experiences, and that I can joke about it. It still seems that I should feel ashamed, but I am not.”

Tess hopes that people go away from the sessions with changed views or with new learnings about the mental health challenges that many people face.

Every reading is a different conversation

She is also published as pansexual, and she is vice chair for Bi Pride in the UK.

But changing views is not always possible nor is it the purpose. Every reading is a different conversation and In one reading, a reader stated that a bisexual just needed to figure it out what their preference was.

“It didn’t matter what I said to that, because the reader was convinced that there were just lesbians, gays and heterosexuals, and nothing I said was making any little chip in their perception,” Tess says and that is also completely fine with her.

At another Human Library event Tess met a reader, who was very much anti-trans.

“The reader took me out to have an argument, but we had a really good conversation, and the reader went away with a couple of books I recommended about being trans,” Tess says.

She understands that the books of the Human Library are not published with any preset outcome and there is no agenda to change anyones mind. It is about sharing your knowledge and exchanging with others and reflecting.

For an opportunity to read Tess, you can follow the Human Library UK on FB and subscribe to the events.

BOOK OF THE MONTH: Black Orphan in Illinois
10/12/2020
Search
Recent Articles
Events
FROM OUR GALLERY