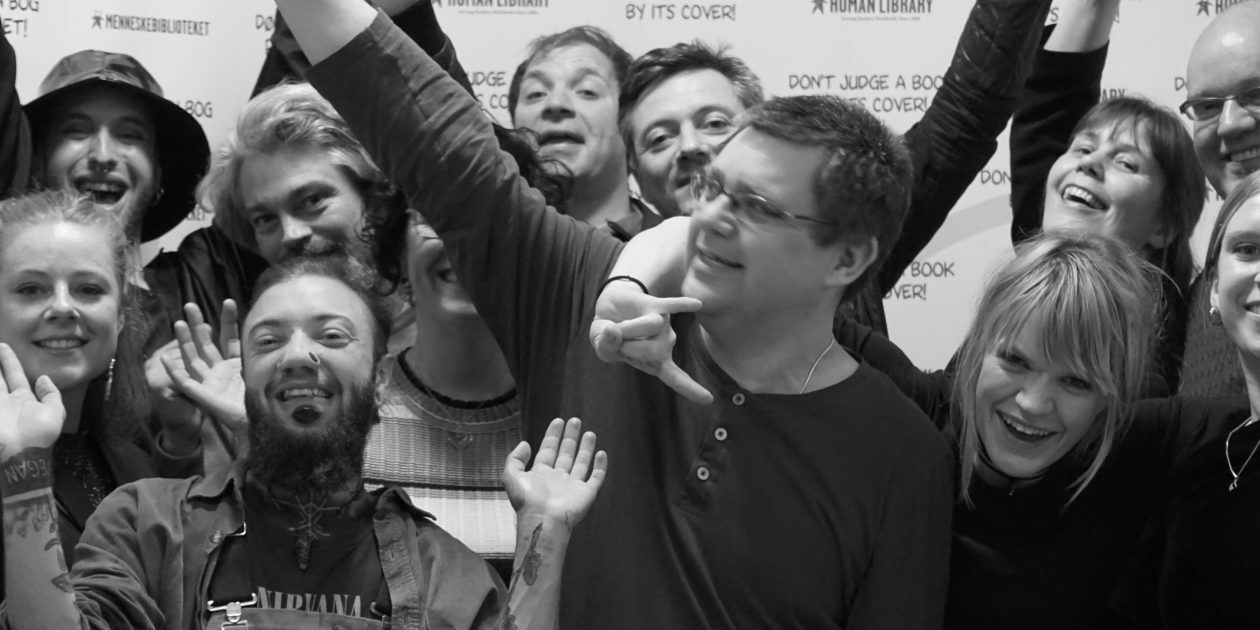 “This is the first time I win something, where the prize is not a beating” said one winner of the Human Library Book Award, Oskar Zytnik,in a moving speech held at the fourth annual awards ceremony in Copenhagen this Saturday.

Recognizing the volunteer books and librarians

This year the award show featured 14 categories of book prizes for members of the Human Library Book Depot in Copenhagen. The awards include “Best New Edition”, “Book of the Year”, “Librarian of the Year”, “Most published Book” and many more. The purpose is to recognize the tremendous contribution the 150+ members of the depot make to society at an annual 30 events.

The Human Library has won many awards around the world and also great recognition. But to be able to honor our own and appreciate their time is very important for us. It is the volunteers that enable us to convey thousands of conversations. It was an evening full of recognition, love and respect. Love for what Human Library is and what it does for people and between people.

The most diverse community

When looking out upon the congregation of happy faces you quickly realize that this is most likely one of the most diverse communities in the world. There are people in the depot with very different backgrounds, ethnicity, religious belief and sexuality. People who otherwise might never have met. And perhaps they would never have become friends, like many of them do.

All in the same boat

Beautiful inside and out

The whole idea of the Human Library being a safe space to challenge stigma, stereotypes and prejudices. A space where others volunteered to answer your questions and not judge you. Is very beautiful in itself, but it is even more beautiful to see and experience that these very different people not only get along, but appreciate each other and find common ground despite the differences.

Stigma is the common denominator

Some have had to flee from their country to avoid war and have now found a new life here. Others are born here, but have never been treated properly or been seen as the human being they are. Everyone has met and suffered the negative consequences of stigmatizing stereotypes and negative prejudices.Their starting point is the same and so is their motivation for being on the bookshelf.