In Loving Memory of Zak Kostopoulos 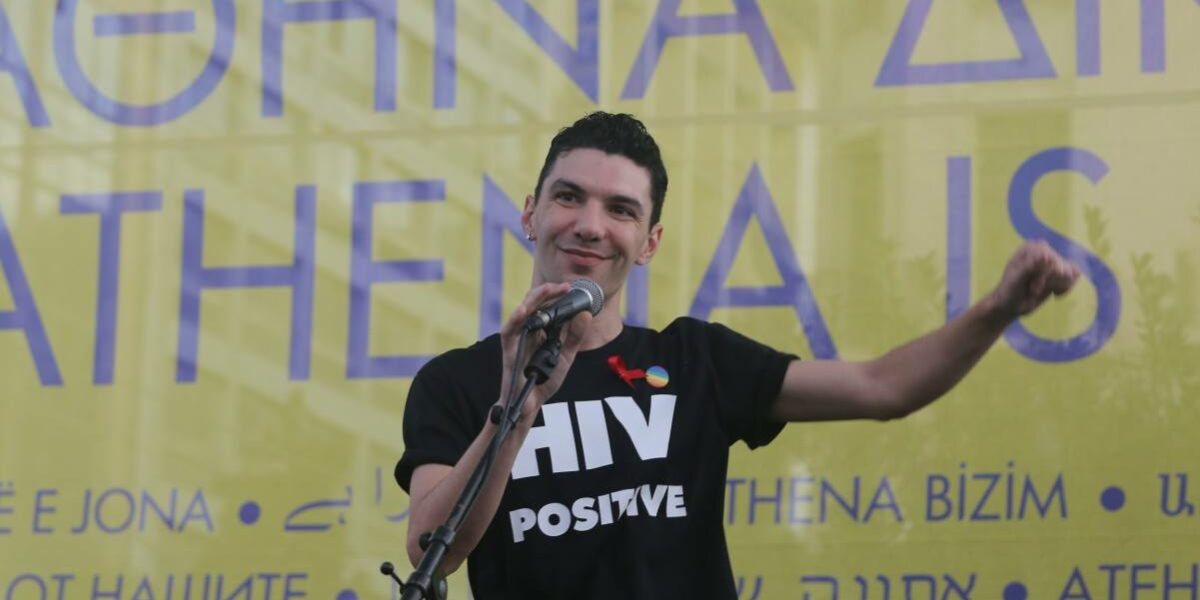 This Human Library portrait is made in honor and memory of Zak Kostopoulos. On September 21st, 2018 his life was abruptly ended on the streets of Athens. A life dedicated to fighting and challenging stigma and eradicating prejudices around being HIV-positive and Gay in Greece. Zak Kostopoulos was brutally murdered by two men and eight police officers. We believe because of his sexual identity.

Since 2012, Zak Kostopolous has been one of the amazing books volunteering for the Human Library Greece in Athens, specifically challenging stigma about being HIV-positive and the life of a LGBTQ+ individual. In our experience Zak was a wonderful human being. Apart from volunteering as a book at the Human Library, Zak often performed and appeared as the drag queen Zackie Oh, and was a known LGBTIQ+ activist that fought for human rights. He was devoted to creating a more understanding and loving world for everyone. Zak spent a great deal of time bringing his messages to people around the world through his personal social media outlets.

We are sad, angry, and in great shock to learn of Zak’s brutal murder. Our thoughts and prayers go out to Zak’s family, friends, and all who were inspired by him throughout the world and who now lost a source.

According to PinkNews, Zak’s funeral was attended by his closest family, friends, locals and members of the LGBTIQ+ community, who all made sure his burial was celebrated the way he lived and his important role in queer advocacy. Instead of throwing dirt on the coffin, mourners threw pink, blue and purple glitter and tiny gay flags everywhere, and some drag queens threw their wigs in the grave too.

Kostopoulos often performed as drag queen Zackie Oh and appeared in a Vice Greece video exhibiting his routine, as well as starring in short film about living as an HIV-positive man and another about LGBT+ life in Athens

“Having HIV does not make you anything more or anything less than just human. As humans we deserve love and respect, and the best way to fight stigma is to live in the light and lead people to that light as well.” https://www.facebook.com/RiseUpToHIV/videos/1166664666727673/

Join the work to help bring about justice for Zak: https://www.facebook.com/justice4ZakZackie/?__tn__=kHH-R

Today there is a demonstration in Brussels to demand justice for Zak. We support this call and urge the Greek authorities to take every step possible to resolve this tragic end to a very well respected and much loved human rights hero.

Video in Greek with interviews and images from performances from Zak.