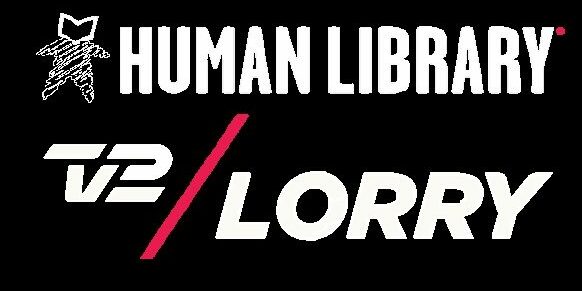 The Human Library returns with a second season of our TV-series – produced in collaboration with the Danish public service broadcaster TV2 LORRY. The season consists of 6 new episodes – each featuring one of our bestsellers.

In the episodes the viewers or readers as we like to call them, are welcomed into the life and story of our book. The authentic concept was a huge hit, and the first season became the most streamed series produced by TV2 LORRY. Also airing on four other regional channels around the country. The new season will airing on six out of the eight regional public service broadcasters in Denmark, during the fall.

Follow the links below, to get a televised experience out of the ordinary! There could be smiles and tears, and we promise that the life-affirming stories, will leave you with more than your average Netflix-show!

In the first season viewers were invited to read six of our books, that represent the diversity in our collection. You can gain insight into the lives of a Body Modified, Bipolar, Roma, Autism, Disabled, and an Islamic Convert! Watch them here.

The premiere of the second season is this Friday – April 20th – and the series begins with Oskar, who is a Victim of Bullying. Each Friday the next six weeks will present a new topic. Follow all the shows and you will be introduced to the stories of a free church christian, a victim of stalking, a long-term unemployed, an anorectic and a victim of incest. It will – without a doubt – be a learning experience and an opportunity to challenge what you think you know about others! ENJOY!