Book of the Month: Mental health in Maryland 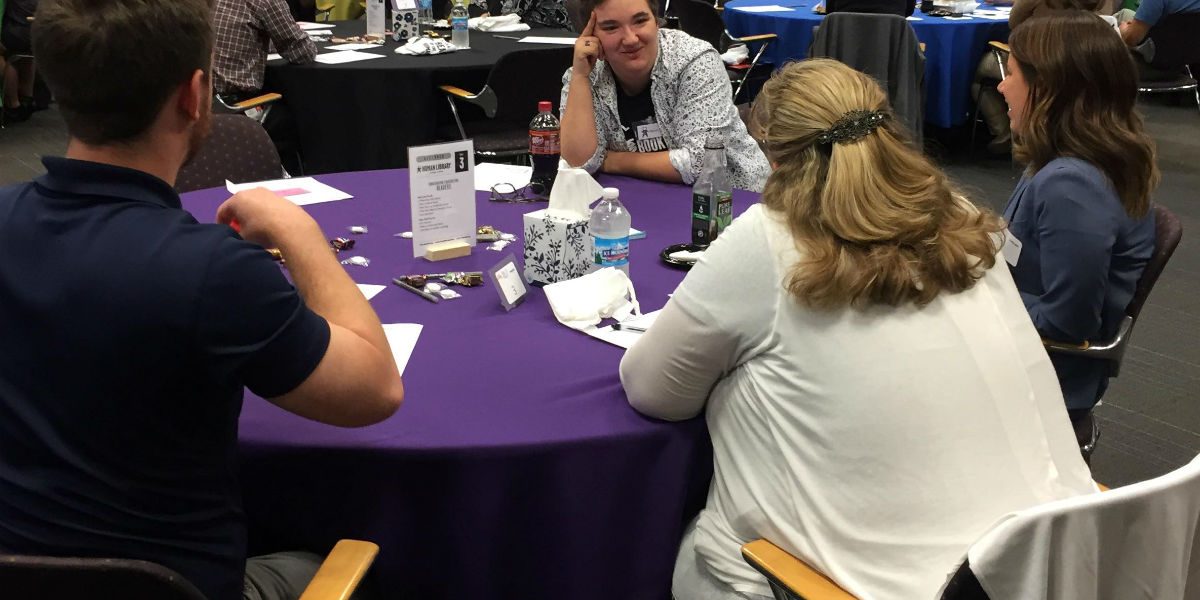 Book of the Month: Mental health in Maryland

Our Human Library Book of the Month is a series of portraits created with the purpose of offering our readers a chance to understand the diversity and variety within our bookshelves around the world.  It also provides unique insights into the motivations and values of being a book and volunteering to be published for our organization.

The Human Library came into Arlo Hogan’s life in 2017, at an important time, when his depression had been treated successfully. “The Human Library was a wonderful, cathartic experience,” he says.

He is part of The Human Library in Baltimore, Maryland, USA, and has been published eight times so far with no.9 coming up in a few weeks.

Challenging the stigmas of invisible illness 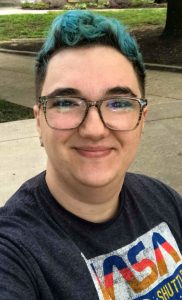 Book of the month: Arlo Hogan

Not many people speak openly about what he talks about. He is published in the Human Library with the title “Living with invisible chronic illness and mental illness”. By talking about his experiences with his readers in The Human Library, he feels that he is helping more people understand the challenges and less taboo. At the same time, he believes he makes it easier for others to talk about difficult issues on their own.
Arlo has been diagnosed with a series of chronic illnesses: Postural Orthostatic Tachycardia Syndrome (POTS), Idiopathic Hypersomnia (chronic fatigue), chronic migraines, and others. While also having to cope with mental health, depression, anxiety and ADHD.

Arlo had to drop out of high school, when he was 16, because the school’s administration was unwilling to accept his diagnoses. Among the symptoms, the illness POTS lowers the blood pressure and it makes him constantly fatigued, as well as making it difficult to stand, sit, or walk.

“POTS is a really underdiagnosed illness, because the symptoms can be mistaken for laziness, and some adults will just assume that you don’t want to make the effort,” he says.

Even when doctors confirmed that Arlo suffers from POTS, he was not given the help he needed to finish high school. In addition to chronic illness he has struggled with severe depression, which in its own is difficult and stigmatized condition. But now, as a 24-year-old, he is studying and has graduated and will continue to study more. The Human Library has been a part of the positive path.

“I get so much out of talking about my experiences. I just love it”.

Strength from being an open book

First of all, he simply enjoys being an open book to others:

“Most people don’t realize, how common living with a mental illness is,” he says. “I feel I have a responsibility to talk about it, so others don’t have to, and by having these difficult conversations I think I make it easier for others to share their stories.”

Many are able to relate

Often the people, who read him as a book, know others, who have invisible or mental illness. He estimates that about half the readers has a relationship with someone like this.

“In my readings, I often end up listening as much as I speak. Maybe they have a story they want to share, and I find that very giving.

All questions are helpful 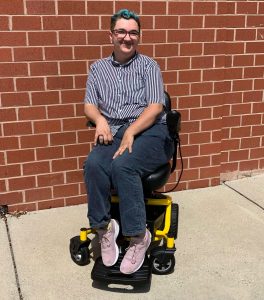 Since this interview in the spring Arlo has recently made the decision to become a part-time wheelchair user.

Arlo has been asked many hard and very honest questions that have made him reflect on his life.

People have asked what his day is like. And this simple question still makes him reflect and see his life in a new perspective.

“It is easy to take the things that you can do for granted. I can’t take anything for granted because of my health condition. The question helped me reflect on that,” he says.

Another question is how to react and behave, when you want to help a loved one with mental illness as depression or bipolar disorder.

Arlo will tell them he really doesn’t know what it is like to love someone with severe mental illness such as his:

“But I will also tell them that even if they feel hopeless, the most important thing is to show your love.”

Important to talk about the stigma

But one of the most important questions is how to tell that a person actually suffer from an illness that cannot be seen: How do you know for sure?

“I am an assertive person. I have a job. I study. I look healthy. I don’t come across as ill. One in five Americans live with a disability. 6 in 10 have at least one chronic illness, 4 in 10 have two or more. Because it is so stigmatized, people don’t know the numbers. For me, it is important to talk about it. I hope it is helpful to others for people to be more aware.”

Arlo is next scheduled for publication at the IMF in Washington DC on September 19th, 2019.

BOOK OF THE MONTH: Black Orphan in Illinois
10/12/2020
Search
Recent Articles
FROM OUR GALLERY